KRATZER AUTOMATION is awarded in Würzburg

In the presence of Dr. Markus Söder, finance minister of Bavaria and Prof. Dr. Wolfgang Reinhart, former minister of Baden-Württemberg, more than 500 employers and entrepreneurs attended together with numerous guests the award gala of the Oskar-Patzelt foundation in the context of the 20th edition of the “Medium-sized company award” in September 2014.

The Grand Prix of medium-sized companies of the Oskar Patzelt foundation is the most coveted business award in Germany.

This year, a total of 4,000 small and medium-sized companies and 1,400 banks and institutions were nominated nationwide for the competition. After several rounds, there were 12 winners and 24 finalists. KRATZER AUTOMATION was recognized and won the ‘winner’ award.

The selection of award-winners and finalists is made by twelve regional juries and one final jury. Three companies can be chosen as award-winners for each competitive region, with five additional companies as finalists. A request for proposals is sent out to communities, associations, institutions and companies every November.

The foundation has 5 main criteria: the overall development of the company, the creation/security of jobs, modernization and innovation, commitment to the region and service and customer proximity. 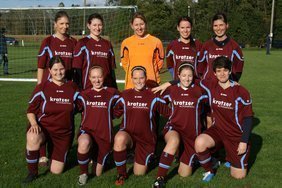