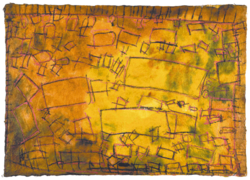 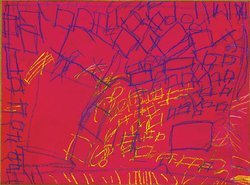 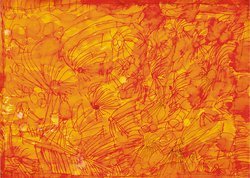 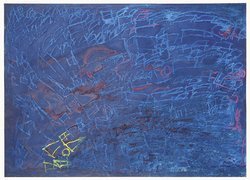 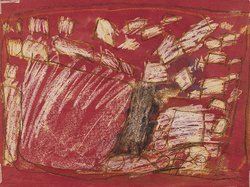 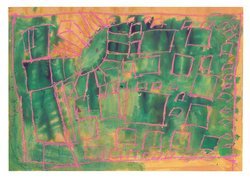 Thomas Hauser, who was born on 16th November, 1969, in Munich has worked as an artist continually since 1989. After attending the special school in Munich, he started his working life in a handicapped persons’ workshop. Hauser began painting as part of an extra-curricular course option at his first job in the “Hollern” garden centre in the Heilpädagogisches Centrum Augustinum (HPCA). His talent was discovered and promoted here, until eventually, in September 2000, he was able to become a full-time artist in the studio of the atelier hpca.

The highly reflective but also decorative fascination of Hauser’s pictures has been on show since 1994 in well over seventy exhibitions throughout Germany and internationally. His pictures are held in various large private collections. In 2001, Hauser was honoured with a handicapped persons’ art award by the city of Radolfzell and in 2005 he received the art award of the city of Schweinfurt. Now, this dedicated and diligent artist can show an impressively extensive portfolio of predominantly oil pastel and pen and ink works on paper, but also drawings and individual graphic arts works.

Hauser’s pictures develop slowly and with great care. At their core, they consist of the variative repetition of rectangular shapes running through a previously delimited pictorial field. These repetitive form elements enter a varied dynamic relationship with one another and with the picture surface. They seem to move, to draw apart or ‘float’ towards one another. They appear to be just emerging from the picture ground disappearing into its depth. This dynamic is difficult to pin down, and it therefore arrests and enchants the eyes of the observer, as he becomes involved in the game of deception unfolding before a usually monochrome, shimmering background.
The graphically identifiable motifs that had been inscribed in Hauser’s pictures at the beginning have almost entirely disappeared now. In his search for expression, the artist now relies on the expressiveness of the abstract line. His fragile graphic structures, jotted down with oil pastel or coloured pencil on a white sheet of paper, are more reinforced than diminished by the subsequent backpainting with coloured ink.

The variative repetition of a single basic form in Hauser’s paintings, and the almost stationary dynamic do not aim at a representational content. Rather, it appears to be the representational equivalent of an abstract phenomenon. Time: - first the time, the visible slowness in which the forms have been set down, but then also the time that the picture demands from the viewer to successively discover – to encounter with his eyes – the relationship of the picture elements.