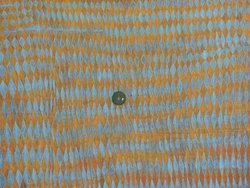 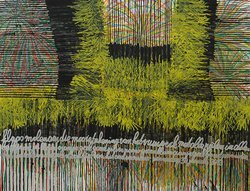 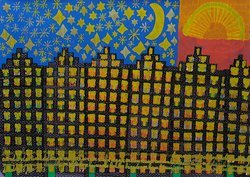 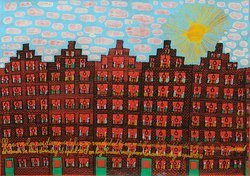 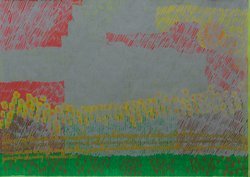 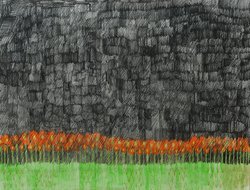 Since the early nineties of the last century Klaas can be called an artist.
At first he was inspired by the great names in art history and eventually he discovered his own imagery which is strictly his own. It varies from abstract images to very figurative art but all according to his own plan which is made up in his mind  in advance. Klaas works at his best within his own determined regulation.
His figurative works depict joyous occasions like firework, birthdays St.Nicholas or Christmas.

The slightest change can disturbe him seriously but when the disturbance is averted Klaas can move on with his work.

Klaas hasn’t exhibited very much his first solo exhibition was in 2011 in the Gallery of Art Centre Kijkoor in Eemnes (Holland).
Some of his works have founs its way to privat collectors, the MAD museum in Luik (Belgium) and Kunsthaus Kannen in Münster (Germany).