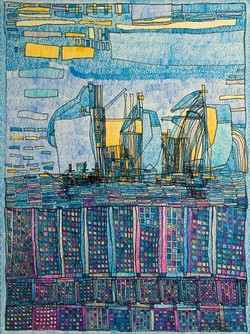 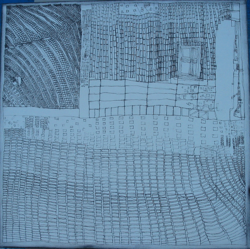 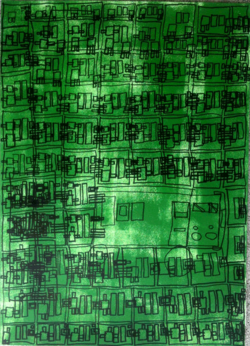 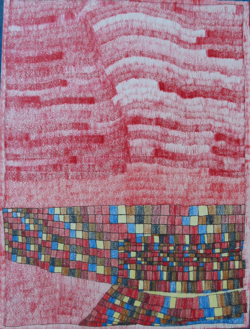 In 2013, the art award goes to Heinz Etzelt. He was born on the first of November 1949. Heinz Etzelt’s workplace is in Graz (Austria) where he is supported by the Randkunst institute which is located there. Heinz Etzelt has developed across his creative career a very individual and distinctive drawing style. He essentially works with graphical elements. He shows an abstract interpretation of landscapes that he has seen by painting them in geometrical forms. Pictures are generated as a mosaic and give the viewer an insight of his world.

He prefers to work with fineliner pens and water color pens on paper but he also works with acrylic on canvas.

Heinz Etztelt has been working in the group named Randkunst (outsider art) since 1997.
His creation “Lino Pastorelli” adorns the 2013 Christmas card of the company, the collector’s cup (mug) which is much appreciated among our business partners and the company calendar.

This year, KRATZER AUTOMATION sponsors his (creative) work. In addition to the official award ceremony, the company also pays tribute to the artist by hosting a wide retrospective of his works within the Munich headquarters (in-house exhibition).
Klaus Mecherlein, curator of the atelier hpca (the atelier hpca is an institute for the promotion of mentally handicapped artists) in Unterschleissheim, says: “I am very happy that KRATZER AUTOMATION confers, with this well-endowed art award, our artists acceptance and appreciation and at the same time achieves a certain publicity. We are also happy that the supporting initiatives in this area can be enhanced through such an award.”